A week ago Thursday, a gathering of postive energy in celebration of the San Diego music community occured at Bar Basic with the launch of SoundDiego, NBC San Diego’s new platform for showcasing music in San Diego. Two of San Diego’s most beloved music acts, Gregory Page and The Silent Comedy hit the stage in support. 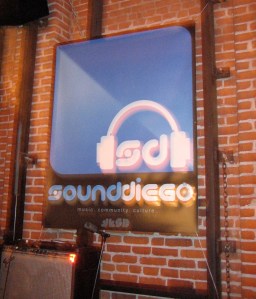 The SoundDiego blog’s vision is to serve as a platform for connecting people to music and (eventually) people to other people. Engaging the listener will take on a new level as people share the music experience online and then meet in real life through shared live music experiences. Individuals from Legit Radio community (another Cantore Creative Project) represented in this same capacity. Many individuals were  meeting for the first time in real life as opposed to on Twitter and in the Legit Radio chatroom, expanding social circles in the light of a common interest: the San Diego music community.

Here are a few of my favorite photos of the night: 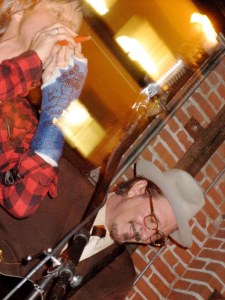 Joshua Zimmerman from The Silent Comedy

Ian Kesterson and Andy Ridley from The Silent Comedy 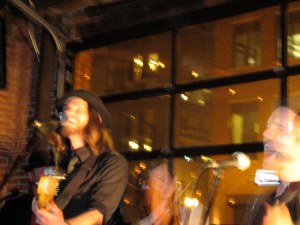 Joshua Zimmerman, Ian Kesterson and Jeremiah Zimmerman from The Silent Comedy
The tweet-wall was in full effect giving shoutouts to Chris Cantore and the whole SoundDiego crew using the #sounddiego hashtag. Photos of individuals and fashion wares were dispayed through TwitPics taken throughout the night. Even people who were missing out due to needing to stay home with family or had other obligations seemed to be following the trend. 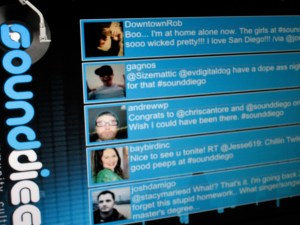 At the end of the night Roger and I felt contented to to feel a part of something so good, a community of people that support each others’ talents.