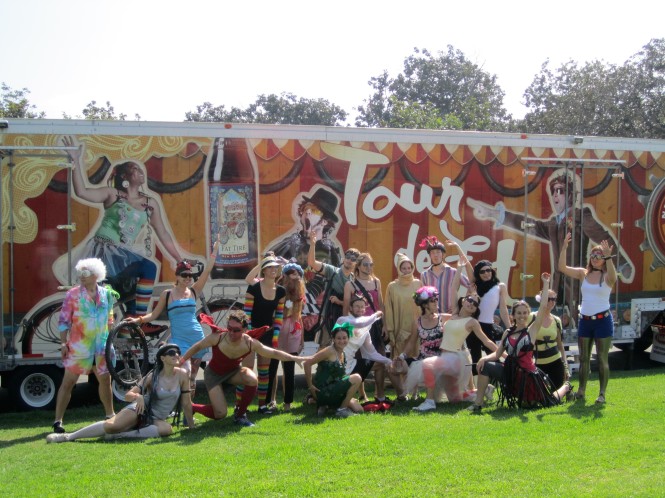 Last minute weekend plans had me hopping on my bike over to Balboa Park for the second annual (for San Diego) Tour de Fat presented by New Belgium.  Beyond beer and bikes, I really had no idea what to expect.

Since I use my bike to commute back and forth from work this event was also my first time riding with others. Like running, I have always felt bike riding is really a single adventure. Riding and carrying on a conversation I found a bit difficult while navigating traffic and chugging up the Florida Canyon hill. My gear range is small (I have a 10 speed) and my endurance is pretty bad. Excuses aside, I had a great time traveling with my friend in derby spirit, Hurly Curly also known as Liz. Not  a serious cyclist herself, we took things casually arriving just in time for the “parade” of bikes.

Parade  should be used loosely as it really was just a joy ride with other  cyclists on the scale of critical mass. I have to admit, it was the first time I have felt safe riding down University Avenue through Hillcrest. 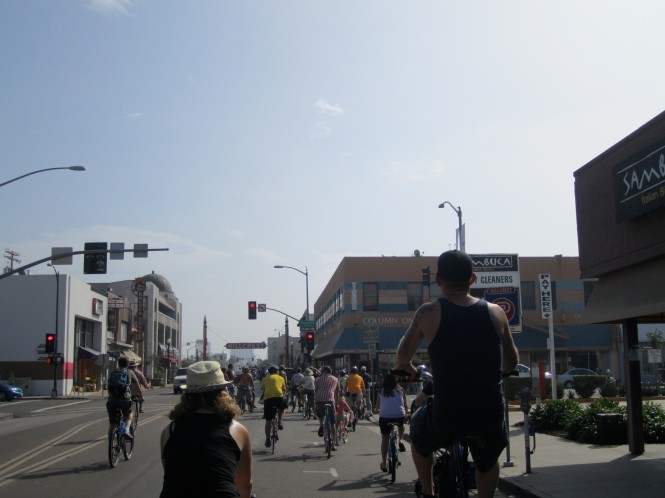 The real excitement came afterwards with beer and live performances in the park near 6th and Laurel. The performances varied from a polka style band dressed in yellow robes to silly competitions. Great stuff. 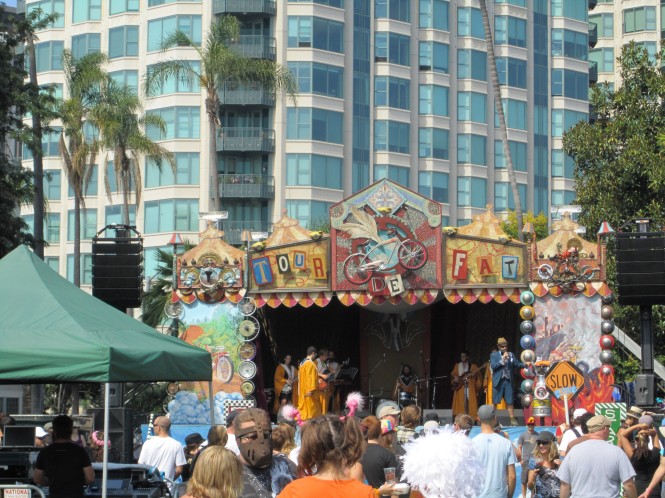 Hurly and I mainly stood and watched what we dubbed “loony bin.” The loony bin was a caged off area where people rode handcrafted bikes easier described through images than with words. Note the coordination needed to undertake any of these contraptions. 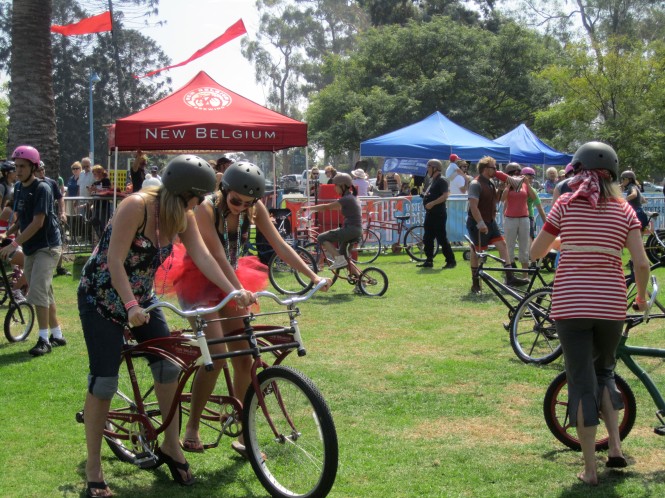 Tour de Fat has a community feel. Everyone attending  was connected through their love of cycling and drinking decent beer. The atmosphere  promoted cartwheels and bare feet… not really, but no one would have bat an eye. The event capacity was not met so amenities were plentiful and there was space to breathe.

In addition, a Bike-Car Trade ceremony occurred where an individual willingly gave up their car and in exchange for a very cool touring bike – “a New Belgium, fully-loaded, hand-crafted, Fort Collins-built commuter bike.” This individual was chosen ahead of time.

There was also an opportunity to win a new bike at the event by telling a good 2-minute story about why you deserve a new bike (real or made up). The guy who won, Sean, told a true story how he was shot in the ass with a BB gun by guys chasing him in a pickup truck. The story concluded with the guys being caught by the police since Sean called 911 and the operators had him routed to the nearest squad car. 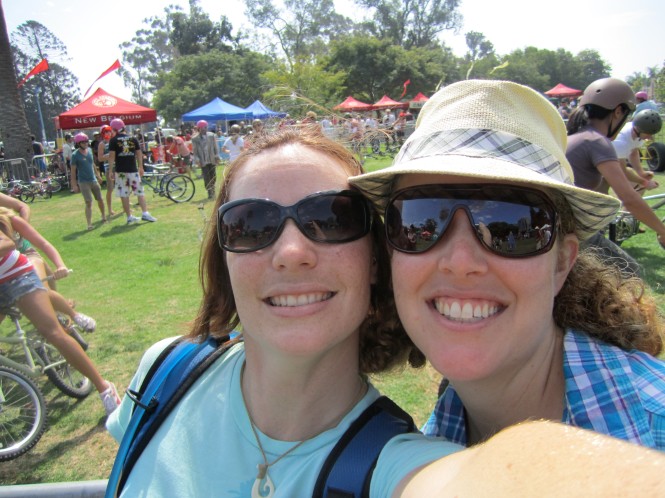 This event is a must for anyone who has a bike and loves to drink. I hope to see you there next year.